The traditional holiday in honor of the high school graduates will again amaze citizens and guests of the cultural capital with its scale. Theatrical performances, a concert with famous artists and, of course, an exciting pyrotechnic show over the Neva River awaits you! Just as the young Assol from Alexander Green’s novel was waiting for a ship with scarlet sails trying to brace herself, same way the St. Petersburg graduates are now anxiously awaiting a bright holiday from which their adult life will begin. And not only them but people specially come to St. Petersburg in order to see the impressive shows at the beginning of the summer.

A holiday dedicated to graduating from high school appeared in the city in 1968. It was then that it was decided to organize a memorable event, the bulk of which takes place in the dark on the waters of the Neva. Already in those years, a grandiose spectacle gathered a huge audience. The show started with an address to graduates, followed by a performance with the participation of a squadron of boats, ending with a large salute.

Today, thanks to new technologies, the holiday has become even more magnificent. This is a bewitching multimedia performance with its beauty. As before, the main action takes place on the water. The dark sky above the Neva River is illuminated by flashes of colorful fireworks. They accompany the sailing of a magnificent ship, decorated with the scarlet sails. The picture resembles a fairy tale in reality and remains in the memory of the audience for life.

This year you can also witness this magical performance. Solemn events will be held on Palace Square, the spit of Vasilyevsky Island and on the territory along the Neva. The festival will be opened with a traditional theatrical prologue for graduates. Then a concert program will be held with the participation of youth groups.

After midnight, events will move to the water front. Here will be a show using multimedia effects and pyrotechnics. This time thousands of spectators will be joined by the best graduates from other cities, for whom tickets to the stunning imagination of the show will become an award for excellent study. 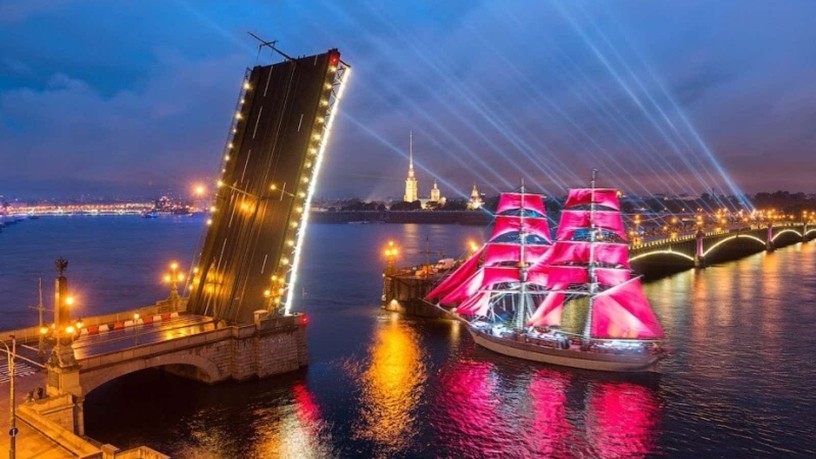 ​"The Scarlet Sails" — a festival of graduates of Leningrad schools, the appearance of which in the late 60's was inspired by the incredible popularity of the eponymous film based on the story by Alexander Green. read more 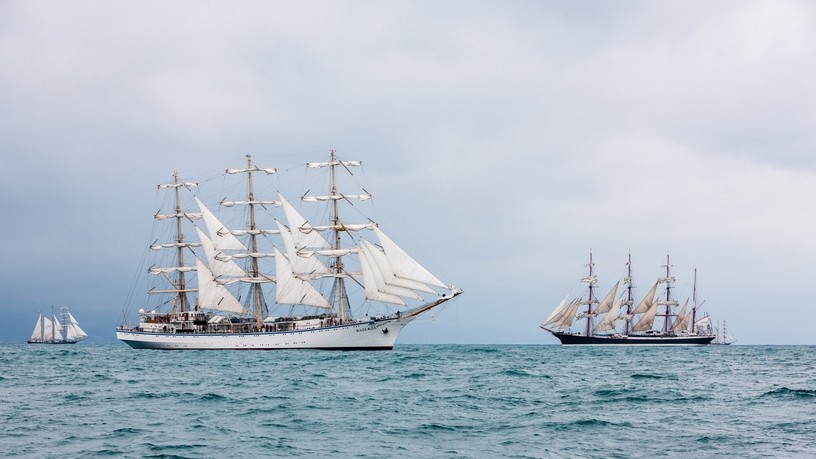 The SCF Black Sea Regatta of Large Sailboats 2019 is a unique maritime event that takes place on the Black Sea from September 21 to October 9, 2019. read more 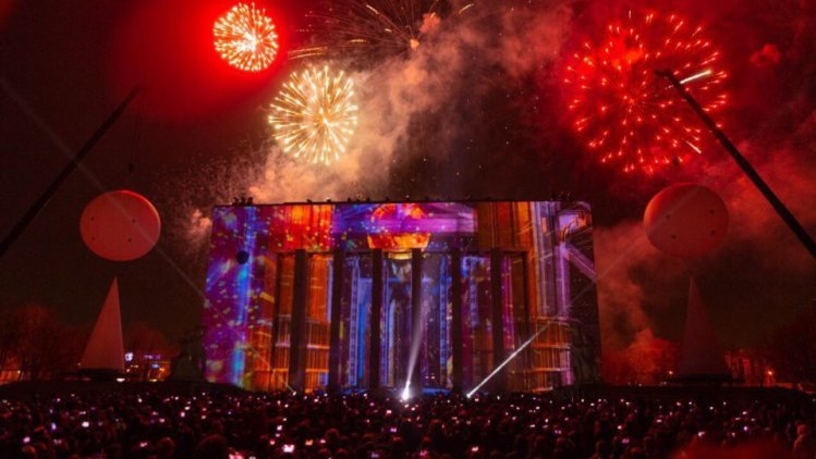 1332
Art
Festival "Wonder of the Light" in St. Petersburg

"Wonder of the Light" - the annual Festival of Light held in St. Petersburg since 2016. Every year the Festival transforms one of the venues of the city with the help of 3D mapping technology and turns the audience’s view and breathes new life into famous sights. read more 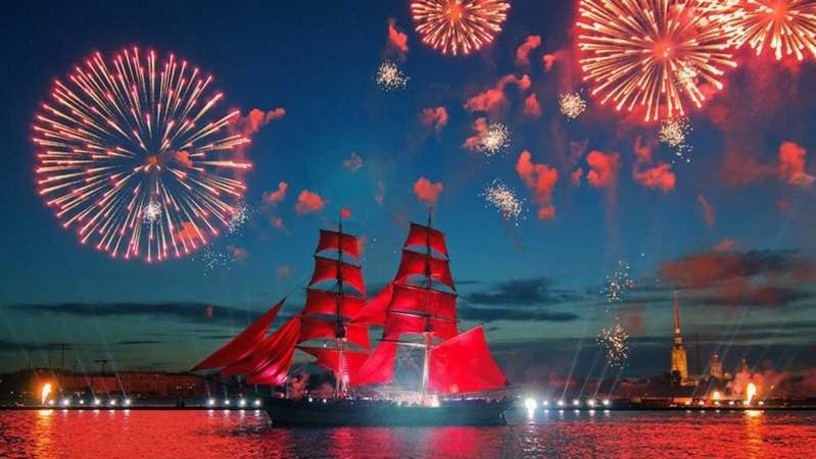 The traditional, bright holiday in honor of high school graduates will be held in St. Petersburg in late June. read more